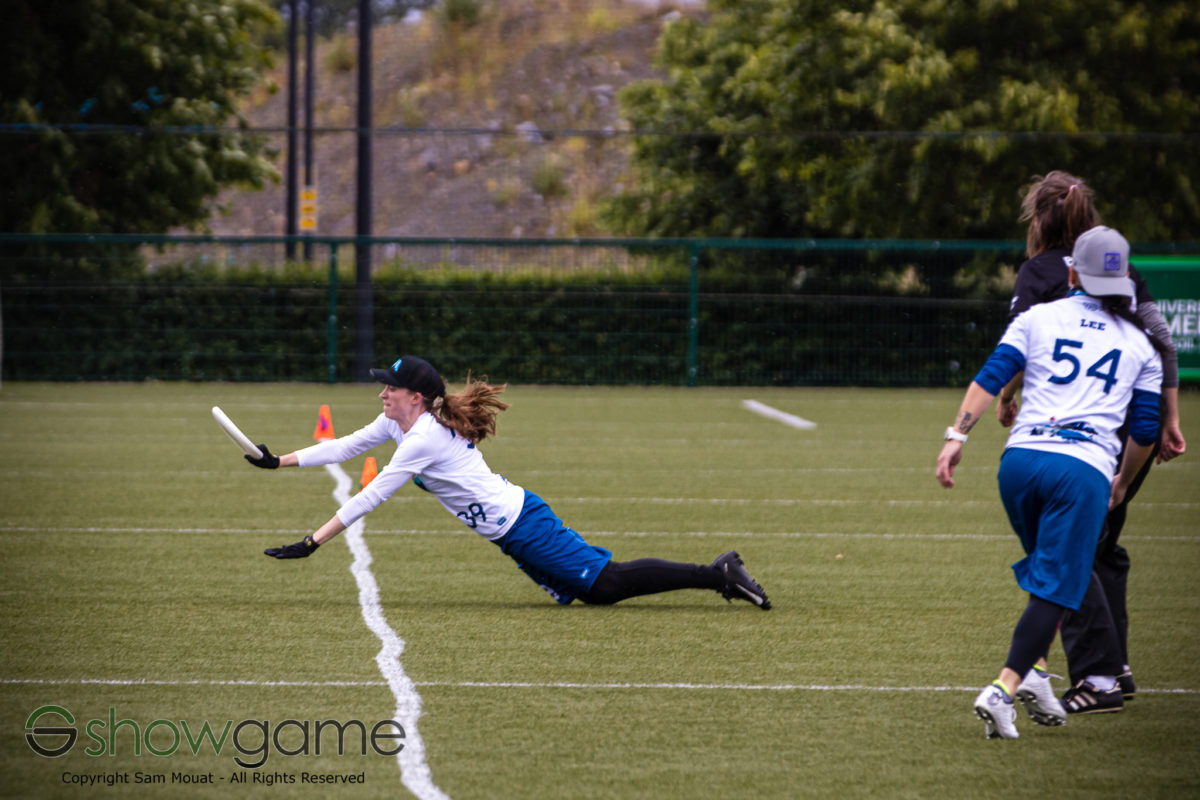 The pool stages are well under way now, with masters mixed and grand masters mixed finishing their initial pool stages, setting them up to go into power pools tomorrow. The other divisions will continue their pool games into tomorrow. Here’s a rundown of the highlights from day three at WMUCC.

The US team Descent had two more convincing wins yesterday, beating Amsterdam Ultimate Club 15-3 and Birds of Paradise 15-1. This means they top their pool, and so far, have only conceded five points in total. The four other US teams in this division are also all winning their pools. The most promising challengers to the Americans are likely to be Reading (from the UK) and the Canadian team, Epoq.

The British team Magic Toast and the Canadian team Still have both won all four of their games so far in the masters open. Today Magic toast will face their toughest competition in their pool from Iznogood and Voltron2020, who might be the favourites for the title. At the other end of the leader board, Columbian Urutau Ultimate Club and Indian Puyal have both struggled, losing all of their games so far.

LMU victorious over Berta in the masters women

A big 15-9 win from the London team, LMU, against the Canadian Berta puts them up there in competition with the likes of Molly Grey and Soar *sore in their pool. Ahead of all of them, however, are Canadians lowercase who remain undefeated after beating Molly Grey and Berta today. In the other women’s pool, Reboot Squad, StellO and Ripe all won both their games yesterday as well.

Grand masters mixed is another division that will have pools followed by power pools. Canadians Grey Owl and Brits Big Fish, Little Fish miss out on places in the higher power pool, meaning they can’t be placed in the top 4. Surly GMX from Minneapolis pipped Happy Campers (CAN) 13-12 and beat Southern Charm (USA) 14-11 to make them the only undefeated grand master mixed team. Today the power pools will begin.

Can Black Cans go all the way in grand master open?

Black Cans (USA) came away with an important win over FIGJAM (CAN) in a physical game that finished 13-12. This puts them at the top of their pool for the moment. In the other pool, the two US teams, Surly GM and Shadows, comfortably continued their winning streak. These two teams will face each other today in what should be an exciting match up.

The number three seed, Surly GGM from the US, managed to remain undefeated today after their match with Recycled, also from the US, went to universe point and finished 12-11. They’re the only undefeated team in the great grand master open division. Qualification for the semi-final is currently looking unlikely for the three teams not from North America (Flash, JETS and German Alltime Ultimate Lovers), who all had tough days yesterday.