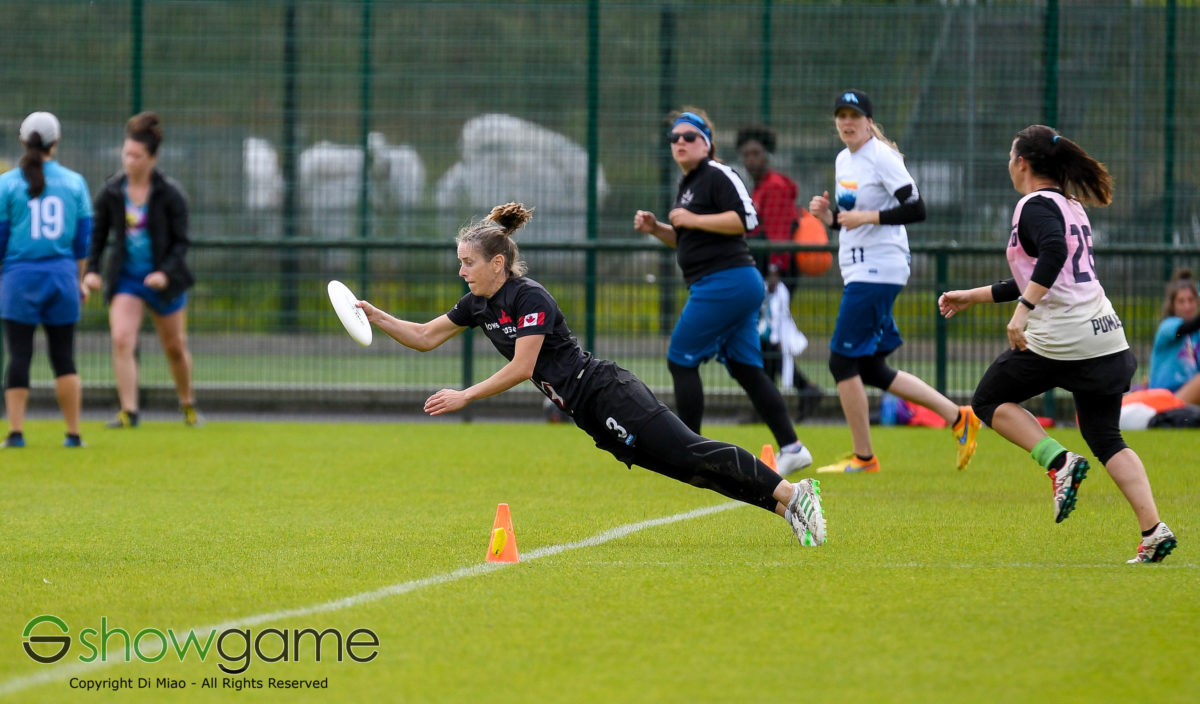 It feels like the players, organisers, volunteers, and supporters are really getting into the swing of things now. The masters open division has finished its pool stage, setting things up to start pre-quarter finals tomorrow. The rest of the divisions are still continuing either the initial pools or the power pools. We’ve usually been starting with masters, so let’s swap things around and take a look at what happened today starting with great grand master open.

No one can beat Surly GGM in great grand master open

Surly GGM won against TOAST and SOUP today to continue their undefeated streak. They are yet to play Flash, Torontosaurus Rex and German Alltime Ultimate Lovers. Given how these teams have performed so far, it is unlikely any of them will be able to displace the clear favourites from North Carolina in the great grand master division. Torontosaurus Rex beat No Country, putting them tied at four wins each. Both will be hoping to stay in the top four and progress to the semi-finals after their games on Wednesday.

In the grand master mixed division, the upper power pool is made up entirely of US and Canadian teams. Surly GMX are clear favourites at the moment, having beaten Endless Sunset and Molasses Disaster today. The last few games in the power pools of the grand master mixed divisions will finish tomorrow. It’s all to play for with Max Power, Molasses Disaster, HiJinx and Happy Campers all on two wins each (out of four).

DJ Dahlem had a very close game with SG Uncles in the grand master open division today, in which DJ Dahlem came away victorious at 15-14. The only teams not from the US or Canada that are looking likely to qualify for the quarter finals, though, are UK team and European runners-up Zimmer and European champs Silence from the Czech Republic. Silence will need to beat Colombians Esperanza UP Ultimate Club A.C. tomorrow to secure their sport.

Can the Italians disrupt the masters mixed?

The Italian team Beefire won 15-14 against Members Only and also beat Disctèrics to guarantee them a spot in the top eight, even if they lose to Pie Wagon tomorrow. This makes Beefire the only team not from the US to currently be at the top of one of the higher power pools. Beefire did, however, notch the lowest spirit score so far against Members Only with a three. Old #7 beat Slower 15-8 in a game that had a close first half, but Slower were unable to keep up in the second half. This puts Old #7 at the top of their pool. The other teams looking strong in this division are SOS and Descent, who beat Reading comfortably on the stream.

Masterclass had an important win against Seagulls today. It’s now looking very likely they will qualify for the quarter-final. LMU had an easy win against Samsui but lost to lowercase, who remain undefeated and at the top of their pool. LMU are currently forth in their pool and will be hoping to maintain that to secure a spot in the quarters. At the top of the other pool, Reboot Squad are also undefeated, after wins against StellO and Ripe today. The women’s pools will be finished tomorrow and the top four from each will qualify for the quarter final.

An end to the masters open pools

The Jonny Encore versus Still match was won by Jonny Encore on universe (15-14), despite them being 6-8 down at half. Meanwhile, Magic Toast did well but lost 15-10 to Voltron2020, the team from Seattle who look to be the favourites in the division. All the pool games in the masters open division have now finished and the top four in each will progress to the pre-quarters tomorrow.