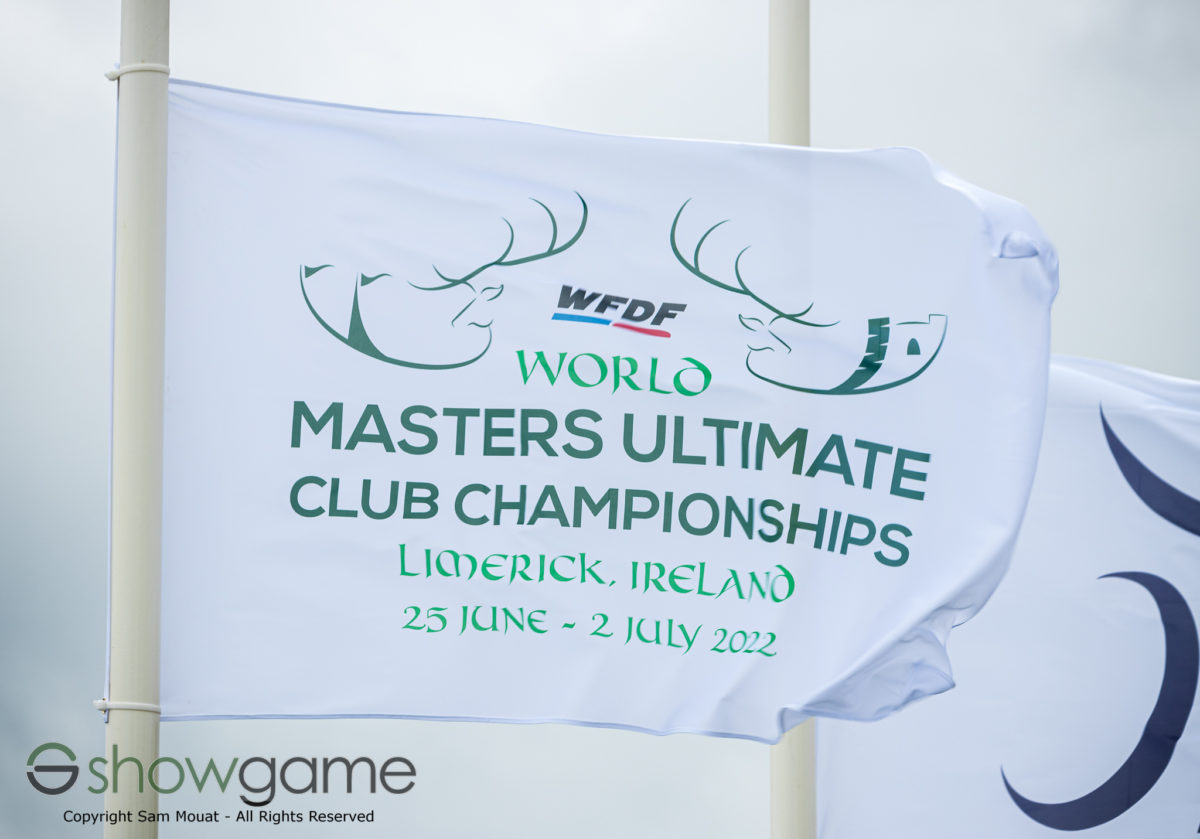 There was a sense of excitement around the venue today as all of the planning and preparation – from players and organisers alike – was finally coming to fruition. In the opening ceremony representatives from each team paraded onto the show pitch behind their country’s flag and the rain thankfully held off while the tournament organisers gave short speeches. This was followed by the showcase game between Masterclass and StellO women’s teams, where the players and spectators were not so lucky as conditions became increasingly wet and windy. About a third of the teams also got stuck in for the first round of matches. Here’s a brief overview of what happened in the tough conditions this afternoon.

A strong start for the US women’s teams

It’s difficult to read too much into the women’s division yet, with only three games having been played so far. The Irish home team, Masterclass, put up a good fight against StellO but the Canadians, having led throughout the match, came out on top, winning 13-8. It’s unusual to see a Venezuelan team in the mix, but today saw Spanglish enter the fray and experience a tough loss 14-3 against PDXtra from the USA. Finally, another USA team, PUMAS, were also victorious in their pool, beating Samsui from Singapore 12-6.

There were also only three games in the grand master mixed division today. Here it’s the Canadian teams that are look strong. Grey Owl beat Surly GMX from the USA 15-6 and Max Power beat Southern Charm (also from the USA) 15-7. The last game of the day saw one more Canadian team, Happy Campers, take on Woodies from Germany. The Canadians came out on top once again, winning 15-2.

A clear picture is yet to emerge in the maters open division as to which club will come out on top, but there is obviously some division beginning to appear between the teams. The top two seeds, US teams Johnny Encore and Voltron2020, both had convincing 15-2 wins against Urutau Ultimate Club (from Columbia) and Puyal India, respectively. It is not unexpected that the American teams will perform well, with the top six seeds all being teams from the USA. Indeed, all seven teams from the USA in the masters open division that played today won their matches.

The Brits from Devon had a close game with King Louie (from the USA), which traded all the way, bar a couple of points towards the end of the first half. They were never able to recover these and eventually lost 15-12. This is closest any country came to upsetting the Americans. It remains to be seen whether anyone can displace the top US teams.

Three teams in this division, Warao Ultimate Turmero, Wolpertinger and Ragings Bananas, are yet to play and will begin their first matches tomorrow.

Many teams are yet to have a game, with the masters mixed and both the grand master and great grand master open divisions not playing any games today. There’s plenty to be excited for, particularly in the mixed division, where the pool stages will be crucial because there will not be an opportunity to cross up for the team that finishes bottom of the pool.

Stay tuned for updates and make sure to check out the livestreams from Ulti.tv, being broadcasted on the WFDF YouTube channel.